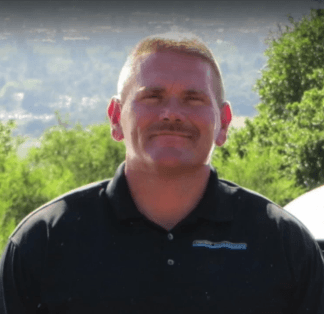 If you purchased a new vehicle recently or are considering a new car purchase, you’ve probably heard about pre paid Dent and Ding insurance. Pre paid Dent and Ding insurance is a coverage said to keep your vehicle like new and free of dents or Dings while you own your vehicle. Customers are led to believe that the prepaid insurance and the dealership selling it have your best interest in mind. one is led to believe that with this program they have everything worked out by relieving you of having to deal with these type of repairs yourself. This is a relatively new option with your new vehicle purchase.

However, before you purchase this option, you should understand the dangerous truth about prepaid dent and ding insurance.

THE TRUTH ABOUT PRE-PAID DENT INSURANCE

Prepaid dent and ding repair coverages, also known as dent and ding insurance is a new dealer add on offered with most new vehicle purchases. To new car buyers, the coverage is sold with the idea that everything is covered and seems like a good idea. This prepaid insurance coverage is added to your finance payment and for a small monthly additional fee it will protect the look and value of your new car, or so you think.

The salesman will claim that the insurance will cover the repair of your minor dents and dings that will inevitably happen to your new vehicle. On the surface, this seems like a smart choice to protect your investment. The coverage is cost-effective and seems like a good idea, providing peace of mind, ensuring your vehicle stays looking newer longer. Not having to worry about paying for those inevitable dents and dings can set your mind at ease.

However, there is more to this seemingly excellent add-on that for less than a cup of coffee a day-added to the purchased price of your car for only $5-$20 a month more on your payment, or a one-time fee between $800-$3000. However, does it really give you the coverage you think it does? 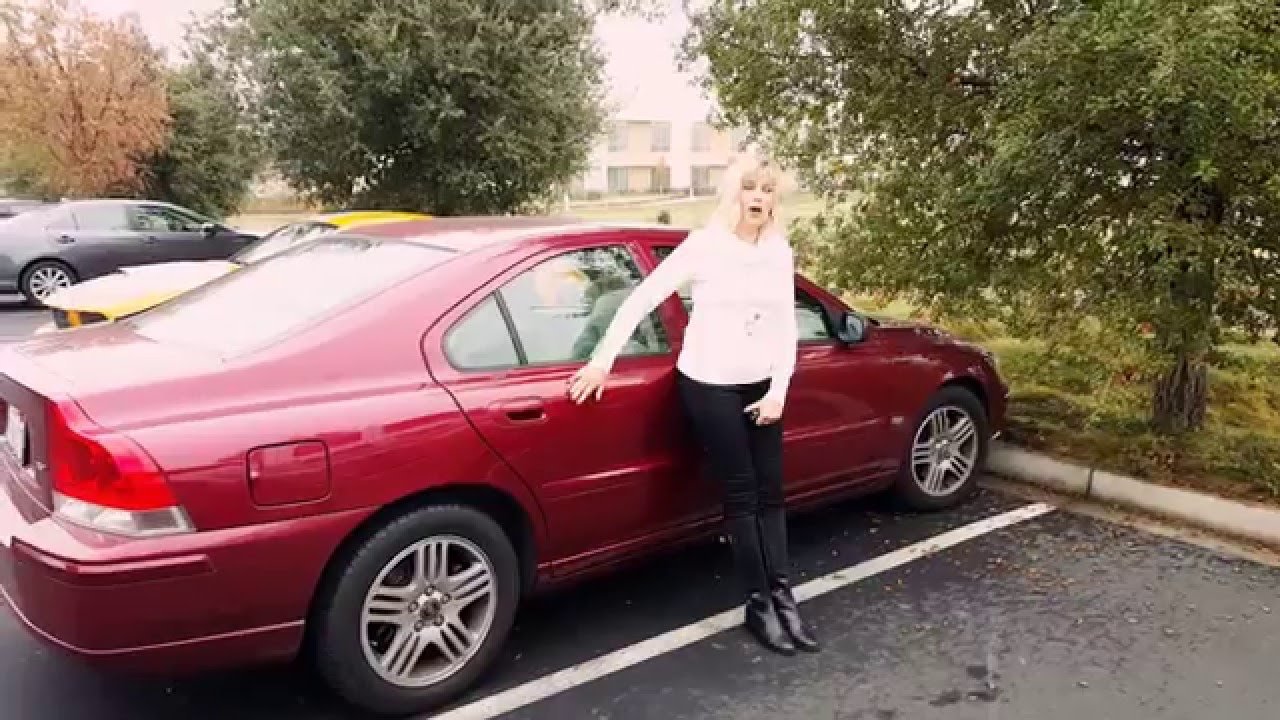 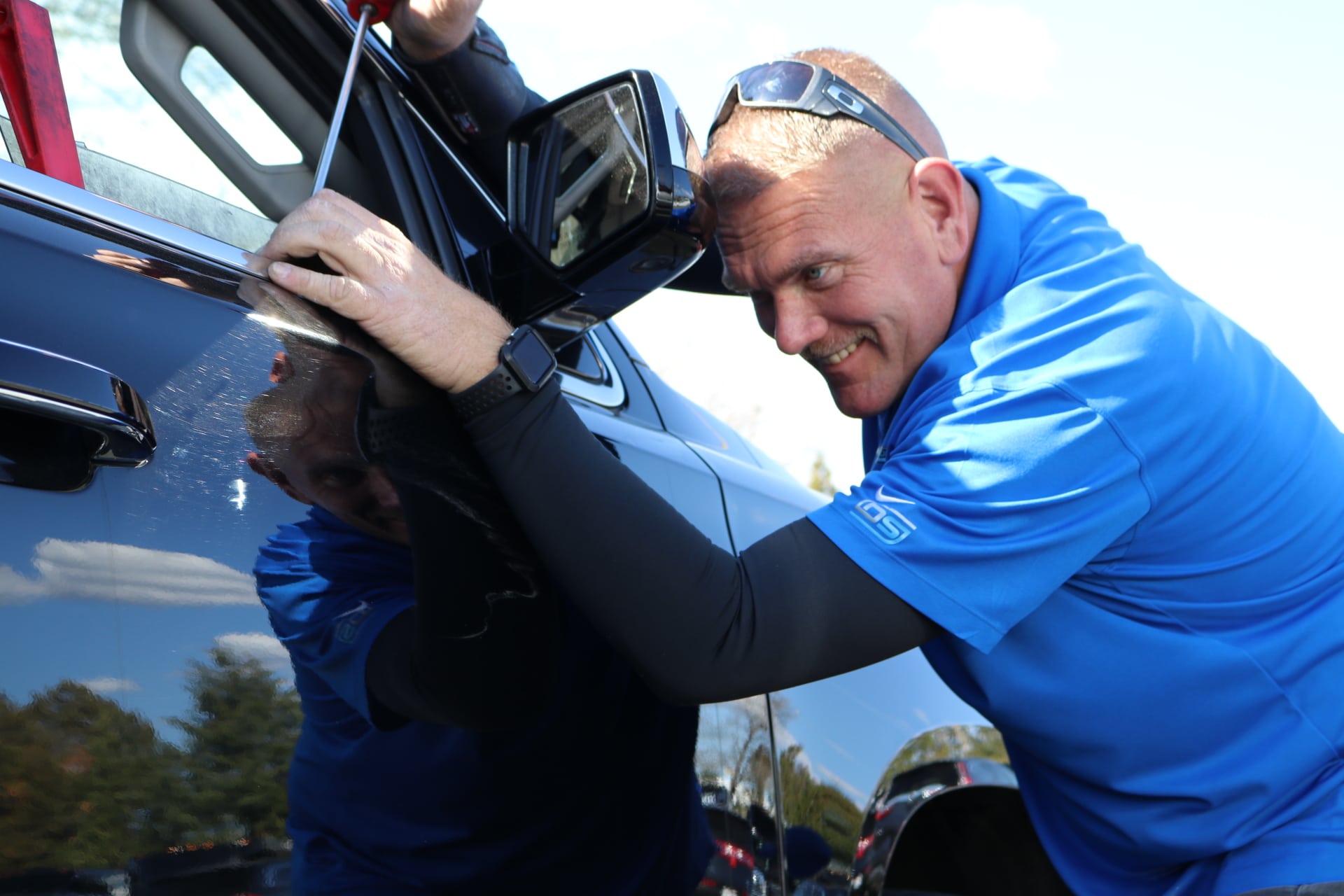 Programs recently generally include the following for even more added value: 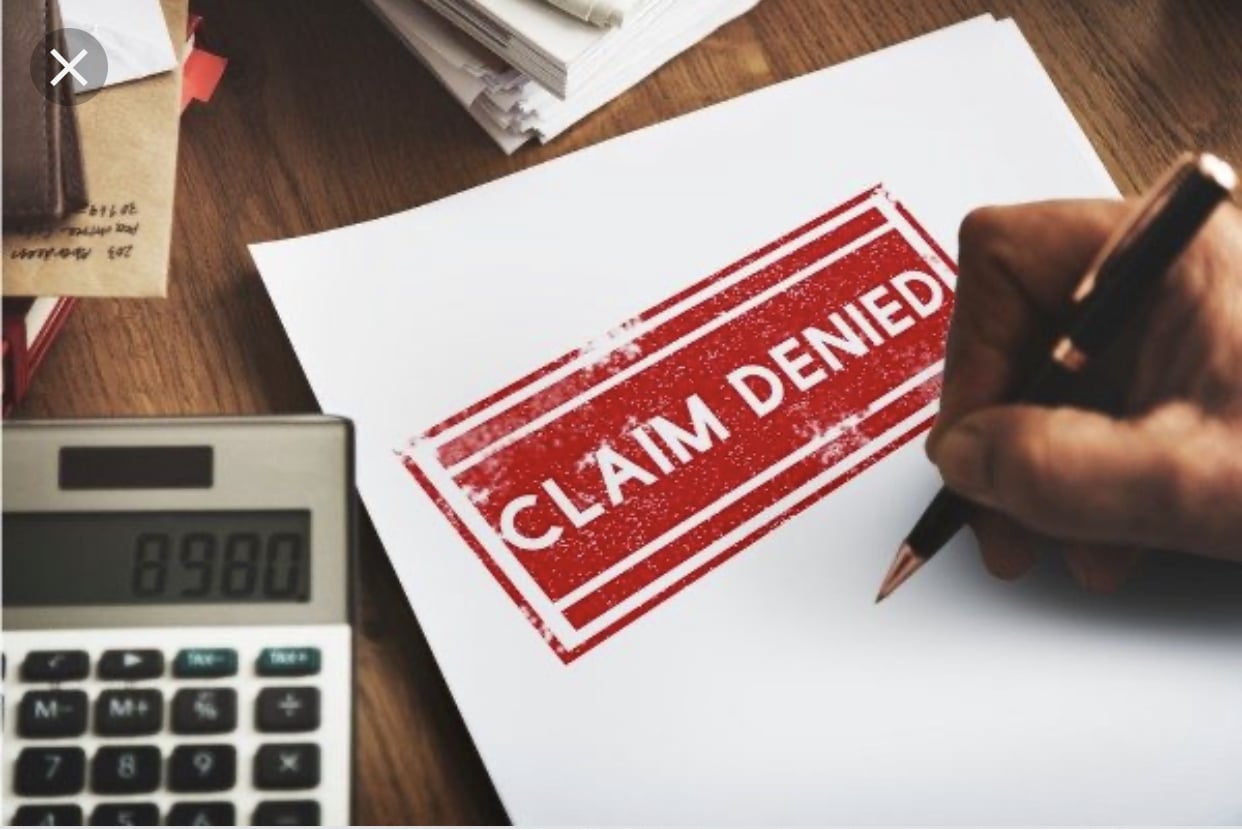 With all of these benefits and the promise of never having to worry about dents, dings, flat tires, windshield chips or misplacing a key fob for the foreseeable future. Pre paid dent and ding insurance seems like an incredible value. However, when you dive into the details as well as the fine print this couldn’t be further from the truth!

When the time comes to file a dent repair claim, you will find in most policies, there are three (3) ways to start the dent repair process as promised. Each dealership has a different policy administrator that has their way of handling these claims. Below are the three main ways these are handled.

With all of these benefits and the promise of never having to worry about dents, dings, flat tires, windshield chips or misplacing a key fob for the foreseeable future. Pre paid dent and ding insurance seems like an incredible value. However, when you dive into the details as well as the fine print this couldn’t be further from the truth!

When the time comes to file a dent repair claim, you will find in most policies, there are three (3) ways to start the dent repair process as promised. Each dealership has a different policy administrator that has their way of handling these claims. Below are the three main ways these are handled.

3. You must call the dealership that sold you the prepaid dent insurance. Schedule a date that there dent repair company is there servicing the dealership cars and drop off your car to have it repaired. This is a way of making sure that the paintless dent repair company that set up a discounted wholesale rate for multiple cars on the lot are told that since they are already there its more revenue for them. Although these cars that show up in service under the pre-paid dent and ding insurance have been dropped off for the day by the customer that just wants the contract honored and there dents repaired. The service advisor has to call the claim in and wait on the phone for approval so they don’t call until the dent repair person comes and looks at the car to let them know it is able to be done. Depending on the circumstance it can be 6-7 hours after the car has been dropped off to repair that someone has the time to look at the car… to sometimes be told by the insurance provider that it is not a dent that is covered.

The claim repair process depends on coverage and providers. Most people realized that the first time they need to file an insurance claim for a dent to repaired that there are some rules and guidelines outlined in the fine print that limits the size, severity, and location of the dents that will be covered.

Large corporate dent repair companies sell these prepaid dent and ding programs to dealerships themselves. Even if the dealership has a trusted local company that they trust and use are told by these big corporate dent repair companies that although it is there a company-provided program that they can sell it to there customers and the dealership can continue to use their company.  But when a claim comes in they say that all they will pay is 50-60$ for up to 4 dents and then they call out there technician to do the repairs and pay him what he wants to make sure the repair gets done. This creates a situation at the dealership that the corporate dent repair company is a better choice because there is never any issues with getting them done when they call there technician to do the repairs all the while the dealership has no idea that it was the plan all along to push out their local repair company by denying to pay what they pay there corporate techs for the same job. repair prepaid insurance claims at a 60-70% discount off their regular repair rate.  Corporate repair companies offering dealership a deep discount on prices by hiring less qualified technicians to perform the work.  They promise not to impact or displace the local provider, but over time the dealership sees the opportunity to train a new technician at a discounted rate and phase out the more experienced local provider.  Additionally, the dealership hopes the local technicians will turn down the price they offer so they can pay the less qualified technician at the discounted rate for the repair.  In the meantime, the customer is the one who paid for a service that is not exactly what it is advertised or may not even be repaired at all saying it is damage they do not cover. 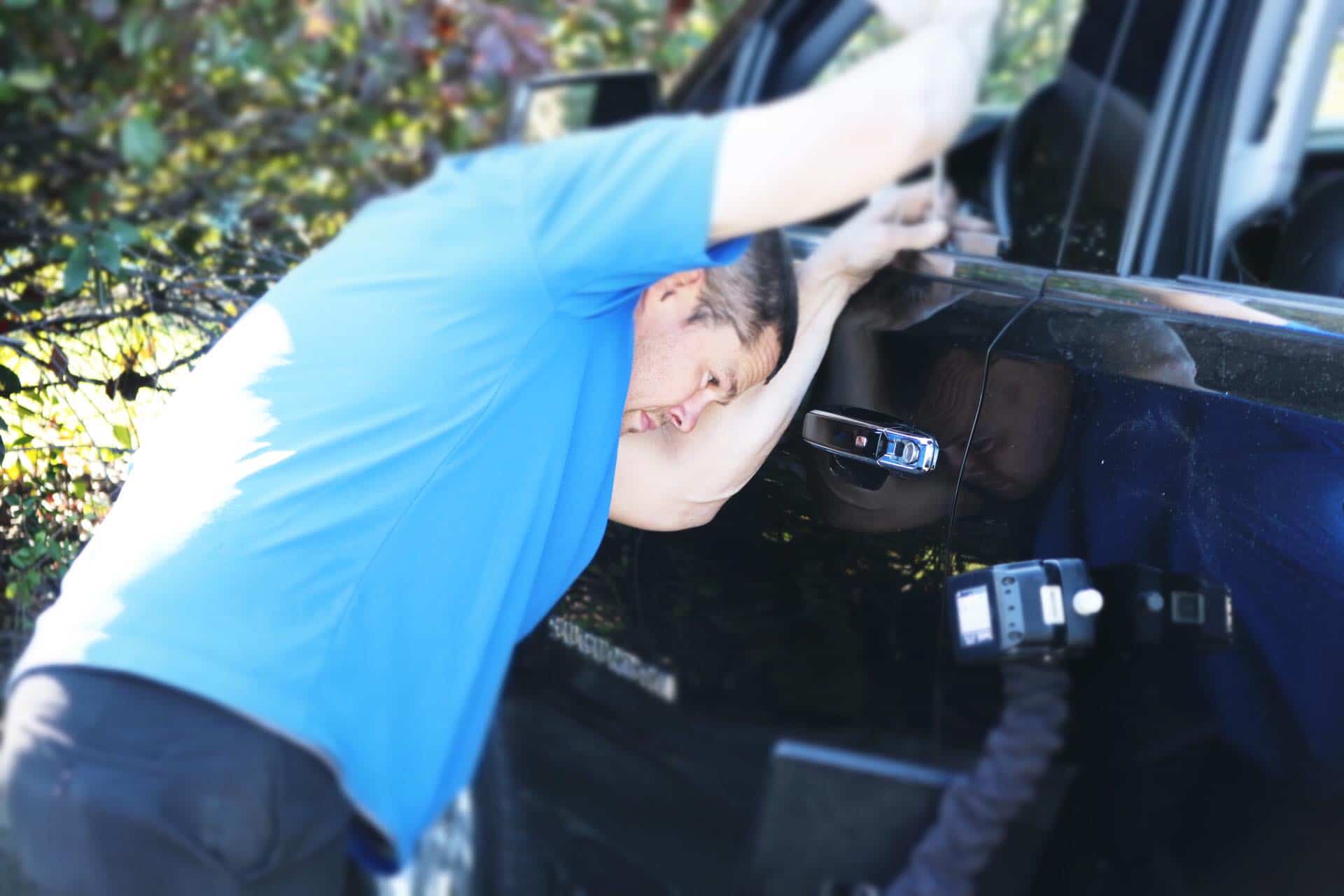 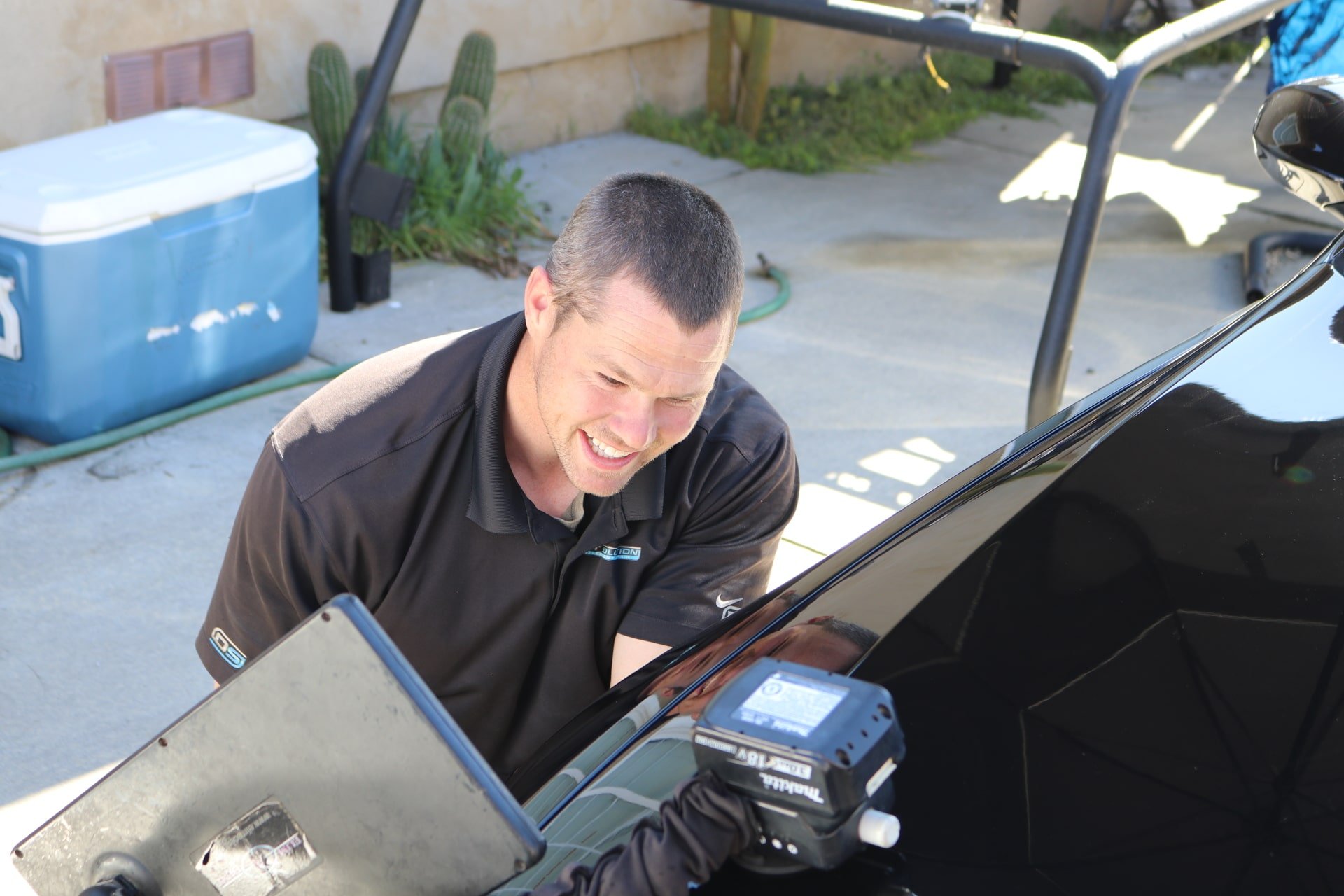 We recommend that you run the numbers before agreeing to purchase any pre-paid dent insurance programs.  Here is an excellent formula to understand if you are getting a good value before you buy:

The reality is that you will be hard-pressed to justify the cost of the prepaid dent and ding insurance over the life of your car when you run the numbers.  Save your money and your peace of mind.  When you have a dent repair need, call a reputable, reviewed, certified dent repair company directly to repair your vehicle. You will be surprised at how affordable it is compared to prepaid dent insurance covering a repair that has not even happened yet….and chances are with the majority of prepaid insurance companies that even though you paid for this service that when you do need it nine times out of ten it won’t be covered. 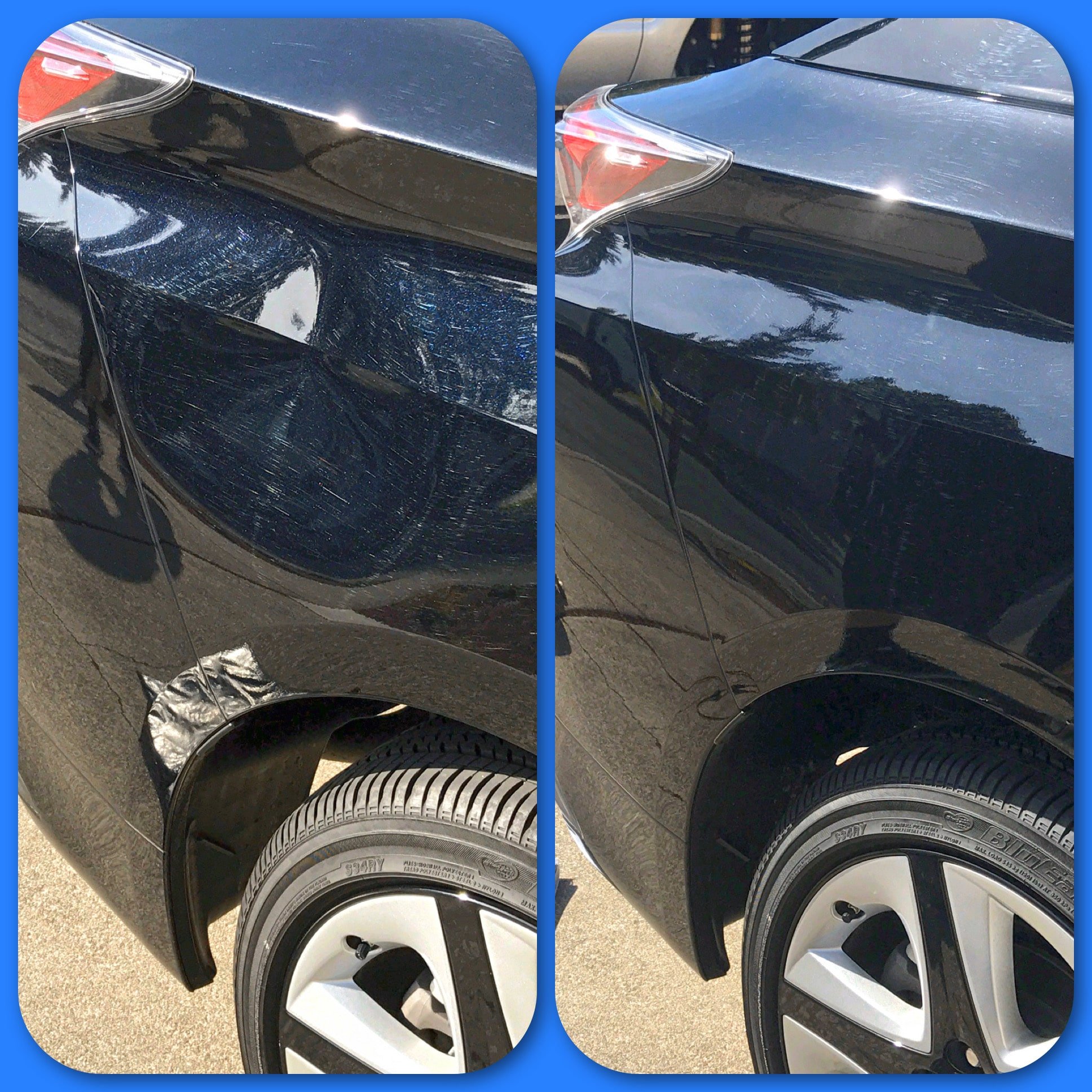 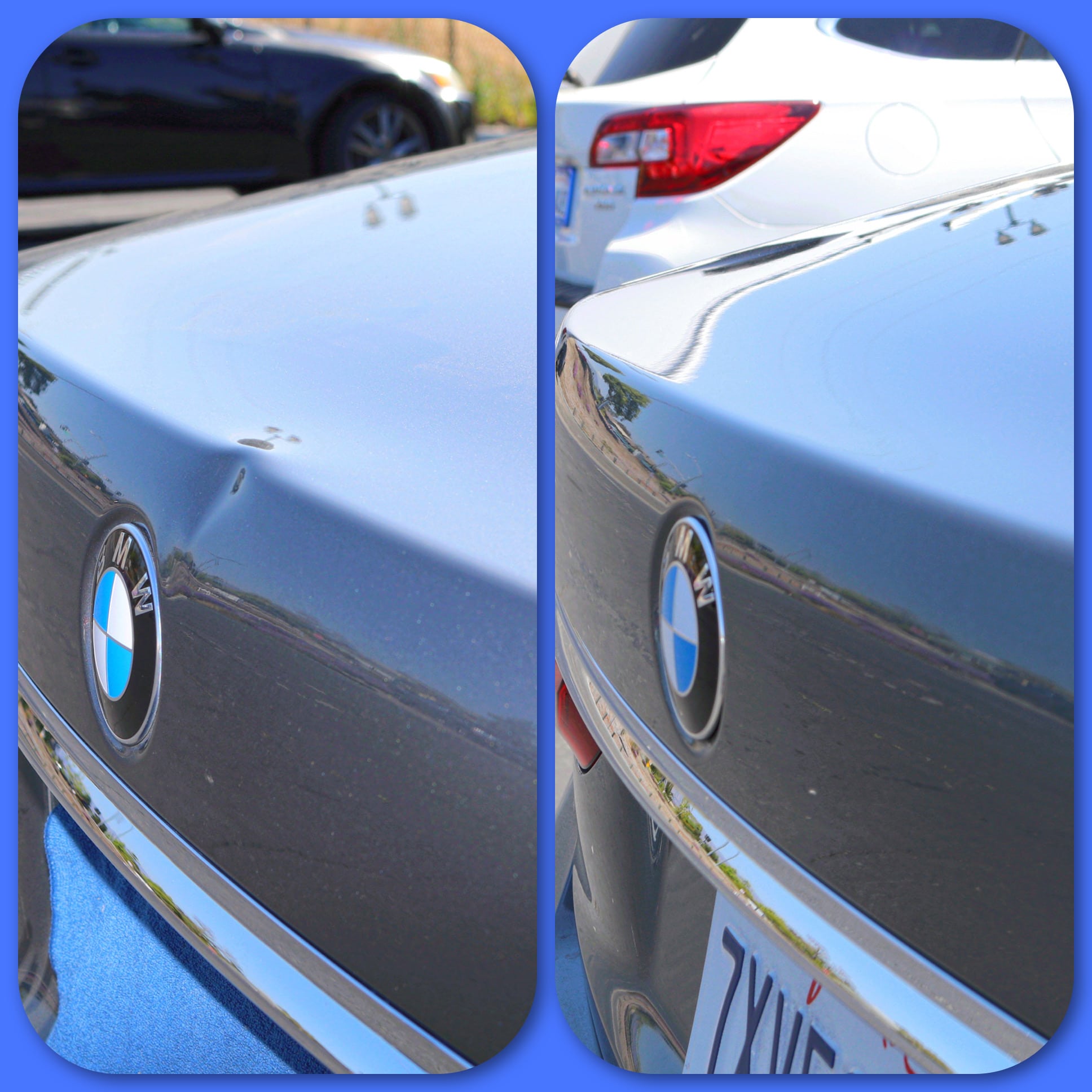 EXAMPLES OF DENTS NOT COVERED

Dents like these can be repaired by a qualified technician however, the added cost and increased work are not approved by prepaid insurance providers, so they deny the claim. Some dealerships go as far as to make their dent repair company take care of the damage at the discounted price (no matter what) or risk losing the dealership account, all the while making a mint selling this addon service to maximize profits.

So save your money and your disappointment and call a professional paintless dent repair company today.  You’ll be glad you did!!